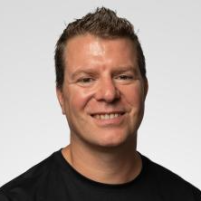 John is a member of the Developer Relations team at Progress Software. His passion lies in modern web standards and mobile development. John is also an experienced speaker and frequently presents at developer conferences and events. Prior to joining Microsoft in 2005, he was a member of the Microsoft Regional Director program and was awarded a Microsoft MVP award for his work in the developer community on technologies such as ASP, ASP.NET, and the Microsoft Web services stack.

John has many years of experience developing software for operating systems such as the BeOS, variants of Linux and UNIX and, of course, Windows. He has also spent a great deal of time building Web and rich client applications. John is passionate about assisting the technical community and spends much of his time talking to students, teachers, and professionals in the industry.

John loves helping developers. Borrowing from Star Trek , his "continuing mission" is to showcase awesome development tools and platforms, support the developer community and help developers realize their full potential through the solutions they build for the client, phone, web and cloud. In other words, to help developers "boldly go where no one has gone before".