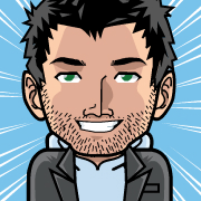 Goran had an early start in e-commerce when he built a web design business while he was attending Melbourne High School. This showed his passion for technology, design and entrepreneurship, which carried on to college where Goran completed a combined degree in Law and Engineering (Software) (Hons) at the University of Melbourne.

Before joining Kogan.com, Goran worked at companies such as Rio Tinto, Coffey International, and as a solicitor at HWL Ebsworth Lawyers. His valuable years of experience in technology and e-commerce has secured him seats at ZDNet's TechBuzz series in 2013, Keynote speaker at Rackspace Solve (2015), SydStart (2015), AWS ReInvent (2016), Dropbox Melbourne Business event (2016) as well as numerous other panellist and speaker roles.

A firm believer of personalisation and data analysis to improve shoppers' experience, Goran ensured technological excellence and innovation in Kogan across all business lines and received the CIO of the Year award in the Consumer sector for the Kogan development team's achievements in 2017.