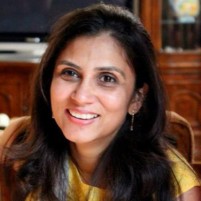 HP ePrintCenter allows the users to virtually print from anywhere to an HP web enabled device.

Next generation interface-hpConnected (https://www.hpconnected.com), is an enhanced version of HP ePrintCenter. It hosts all HP cloud based services through which users can connect all their devices and portfolios. This platform is the base for HP to come up with new services like Instant Ink.

Individually designed and developed software for deleting all/selected printers and associated drivers from the system. The tool deleted all the associated files, registry entries and forms database. It produced a system that was completely residue free from any previous driver installations and hence could be used as a clean platform for testing new drivers both in-house and at the client site. The product was shipping with the Fiery package and was instrumental in identifying if the driver bugs were related to the current version or were being caused by left over files from previous installations. The tool had a GUI interface and was compatible with Windows XP/2000/Vista. It was developed in VB.Net with DLLs developed in C++.

EFI New Jersey was a pioneer in setting up a core QA team in India. I was involved from the initial stages of hiring and managing the team. I was responsible for setting up the QA lab, associated test machines and printers. I visited India a couple of times to train the members regarding the products to be tested, running regression tests, identifying and reporting the bugs. I remotely managed the daily functioning of the team, their ongoing project enhancements and work distribution. I liasoned between the India team and the Engineering team for clarification of issues related to testing and bug reporting.

The team had grown from five members to about 40 and was well equipped in handling QA projects from New Jersey as well as from headquarters in Foster City.

The objective was to develop a fully automated testing process that would test the daily driver builds and post the results on a web page so that QA/Engineering were alerted immediately.

I was responsible for architecture and implementation of the process. Developed tools that completely automated the process of testing the drivers for all Printing Preferences Options. Generated simulations for various user based options. Developed scripts to stress test the drivers for various user options. The test files used belonged to all Office applications and other applications commonly used in the printing industry, for example - Adobe Acrobat Reader, Photoshop, Quark Xpress, Corel Draw, Corel Ventura, Word Perfect, Lotus Suite - Lotus, Freelance Graphics. Once the process was stable and streamlined, was responsible for transferring the whole set up to the India team and training them.

The testing tools were developed using Rational Visual Test 6.0, VB.Net, Perl and XML and were used to run regression for all printer drivers associated with Windows 95/98/NT/2000/XP/Vista.

Developed scripts to stress test PrintMe (a software that would allow users to send print jobs over the internet to Printing shops) and developed an in house simulation to run regression tests on it. Responsible for automating the testing of EFI developed products - PDF generator, Preflight (job verifier), Image Wise (like Photoshop) and other new products.  Responsible for setting up and running the WHQL certificate tests for PCL6 drivers for XP and Vista.

Bachelor of Science, Economics, May 1994