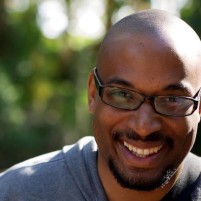 Chad ensures that ThoughtWorks Studios designs, builds, and delivers pioneering software development tools. Throughout his career, he has played many roles on software teams, from project and product management to QA and design. This experience drives his passion for great tools that help teams reach their goals.

Chad joined ThoughtWorks in 2004, after a stint in strategic consulting at the Boston Consulting Group. Two years later, he co-founded the Studios division.

Chad received a Bachelor of Arts in Economics from Harvard University with a foreign language citation in Japanese.